My shoot with Nike for their newest Tn Air Max shoe was one of those projects where I was simply in a dream world. It doesn’t get much better than directing a film and doing a photo shoot in a giant orange studio for Nike with a Barcelona footballer, and a Lamborghini!

The whole project was quite a few weeks of work, both in the pre-production and the post production which I really enjoyed getting involved in all the aspects of. The brand had come to us with the idea of ‘Speed meets Street’ and because the shoe had small orange sections I pitched the idea to shoot in an all orange studio, with an orange sports car, to give a bold and stylised feel to the images. The car represented the ‘Speed’ and the styling and posing would represent the ‘Street’. The studio had a huge cyclorama and it took 3 days to paint! It was crazy to see when I first stepped inside it. The day of the shoot was quite pressured as we had to cover both stills and moving image, with a limited time with Ousmane Dembélé the talent, but my team was incredible and nailed it. After the shoot I spent a lot of time in the edit suite, perfecting the moving image side of things, and I couldn’t be any happier with the results! 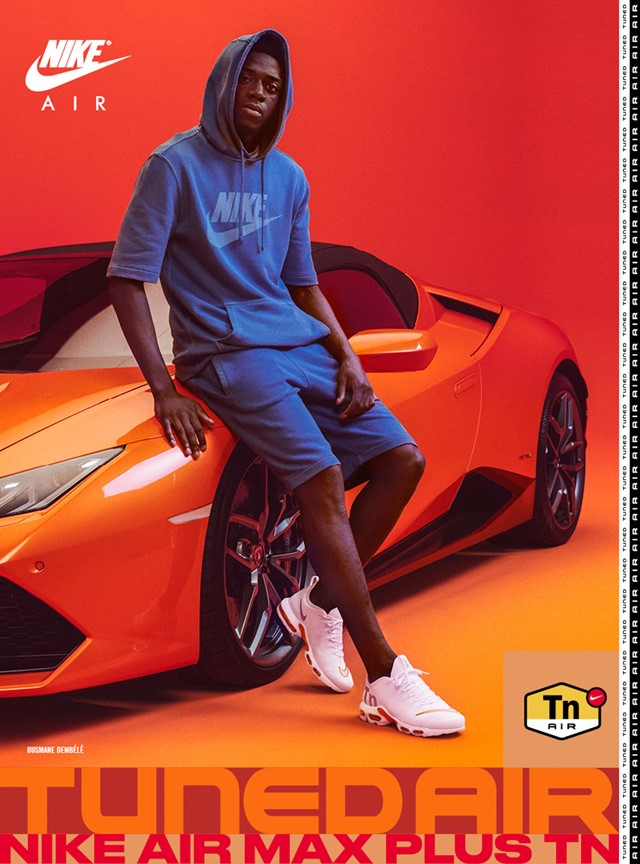 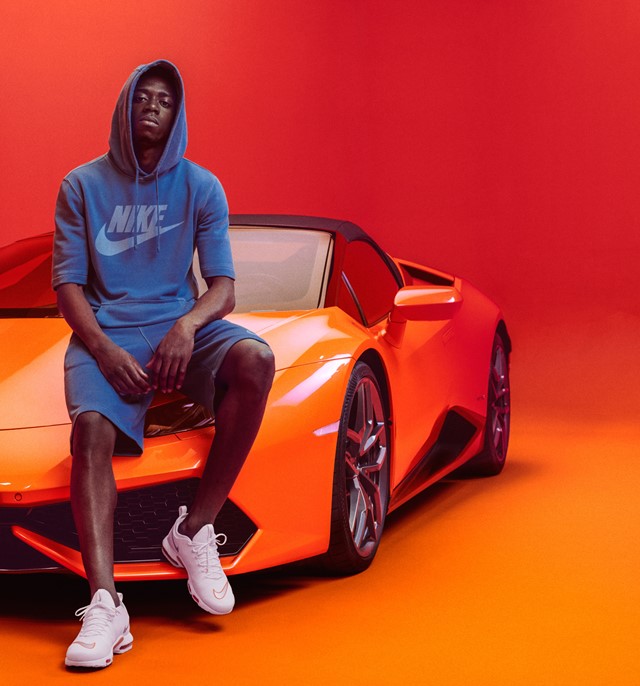 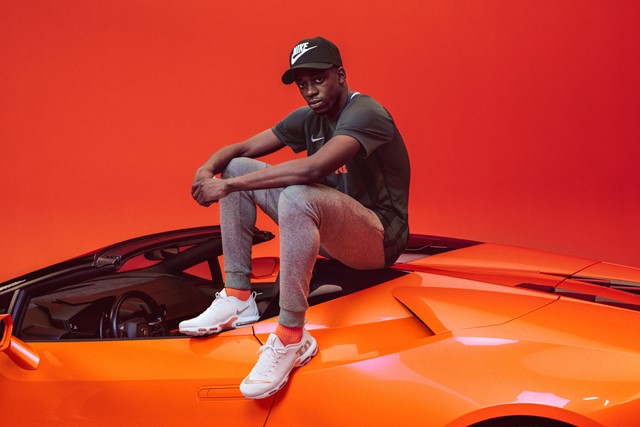 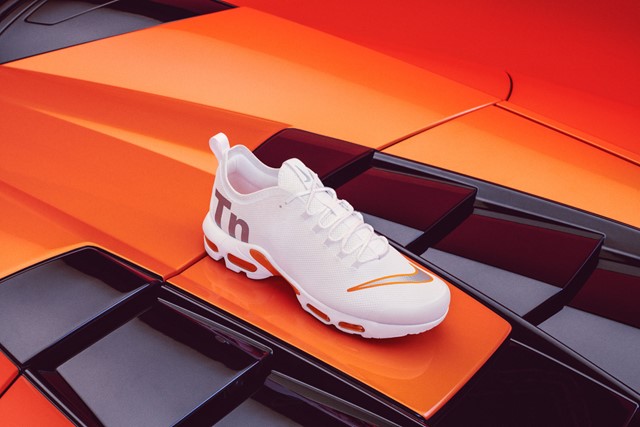 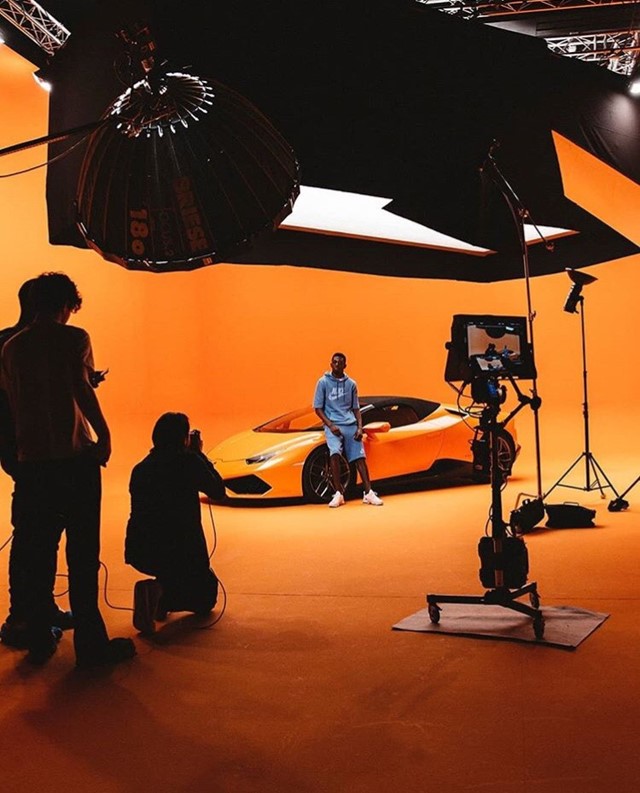 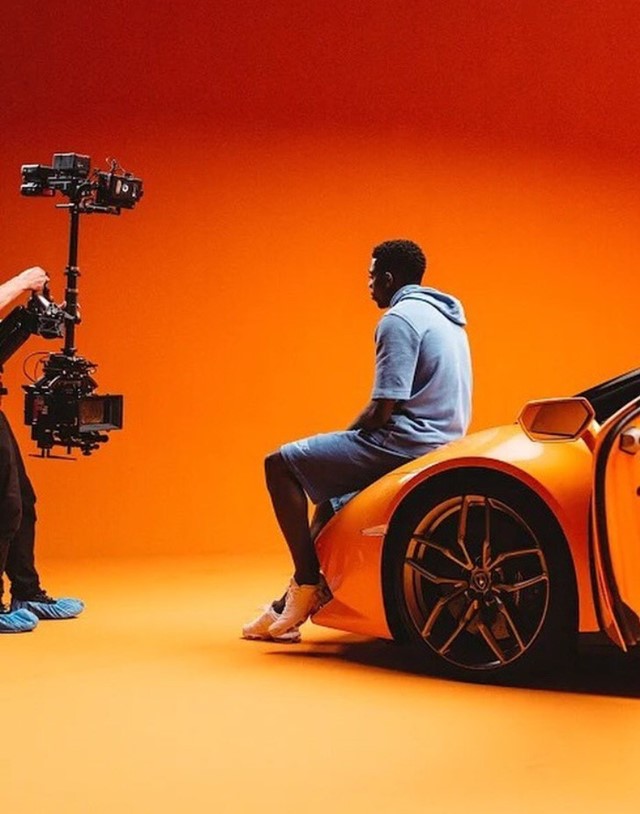