“The idea for the shoot was to help raise the profile of football in NYC and America and to promote the Nike Mercurial 360 boot.

We met and followed a team called ‘Four Points FC’ who were made up of players from Brooklyn, Queens, Manhattan and the Bronx. The team included both men and women and they were super positive and outgoing. Nike custom made shirts for them with the areas they were each from printed on the back.

The shoot ran over two separate evenings and we shot both stills and film over the course of the production. It was one of those shoots that was fairly high pressure with super quick timings and turnaround, where you are pushed into being creative on the spot.

The first night we shot around the streets of Soho in Lower Manhattan which was super fun. I took the players down the street and got them to kick the ball about as a group, showing off with tricks and flicks and I wanted to show the team mentality they had away from the pitch. They were super fun to work with. In this section of the film, I wanted to get shots of the fast pace of traffic, mixed with neon signs and scuzzy back streets. We went towards Little Italy and China Town, where I really wanted the aesthetic to feel authentic and gritty but with a colourful twist that suited my work. Rather than lighting the shoot ourselves, I wanted to make use of the street lights and glowing pinks and blues from neon signs, lamps and shop windows.

The second night we shot the team playing a match in the pouring rain under the Manhattan Bridge. The rain was tough to shoot in, but looked so amazing and added a really dramatic aesthetic. I made sure to get some portraits of the team before and after the match, that showed the preparation and the emotions the team were going through. Luckily they won the game. They had loads of energy and scored some great goals.” 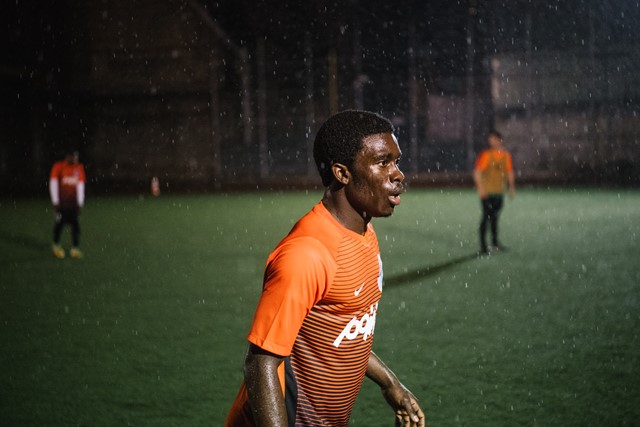 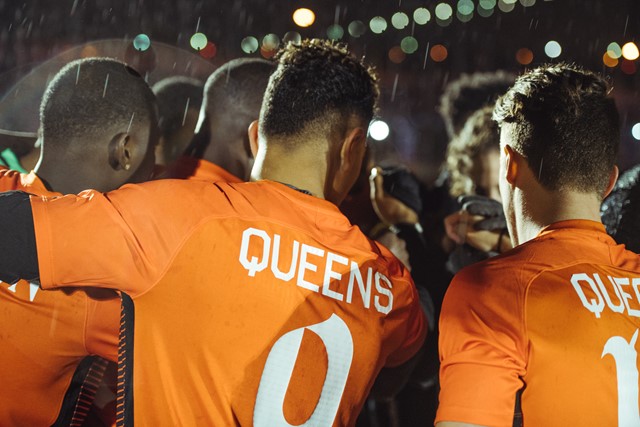 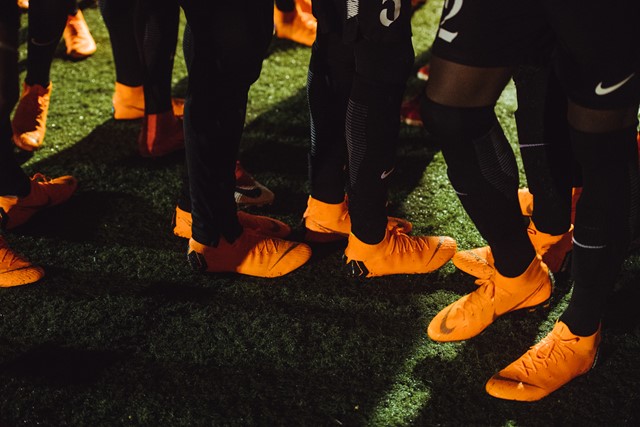 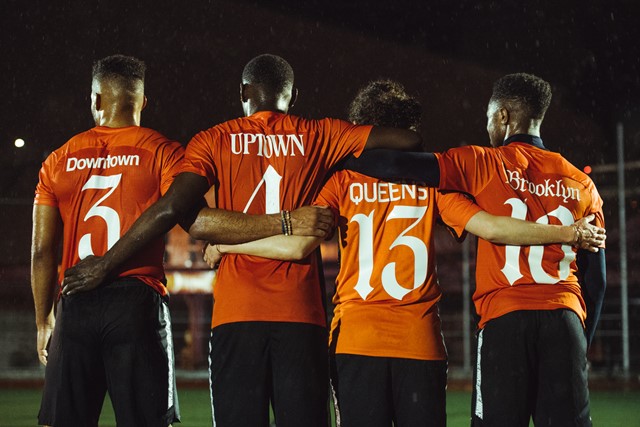 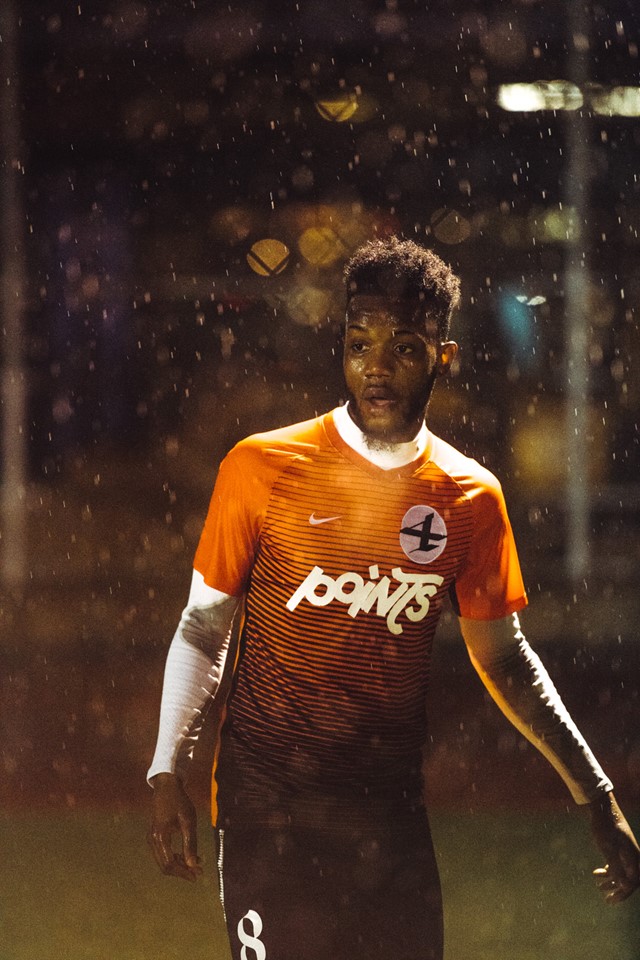 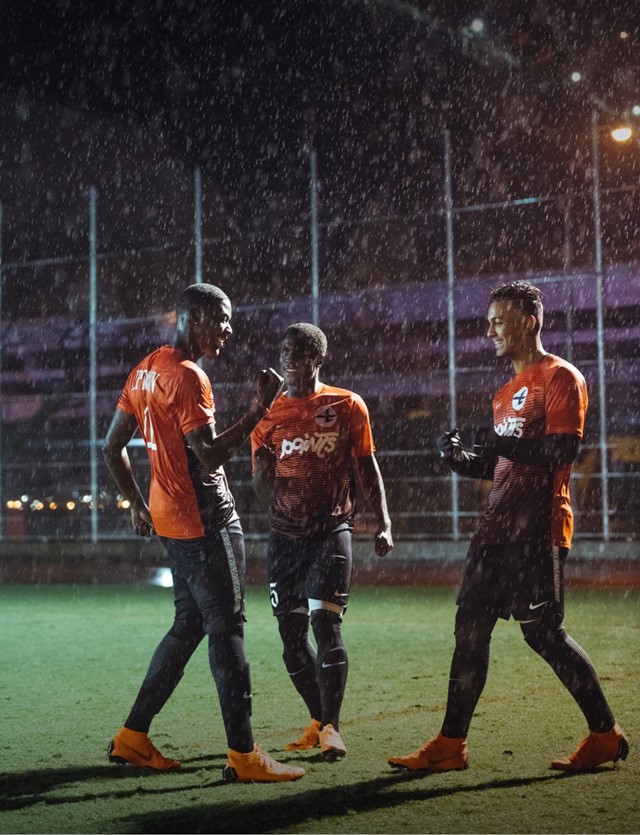 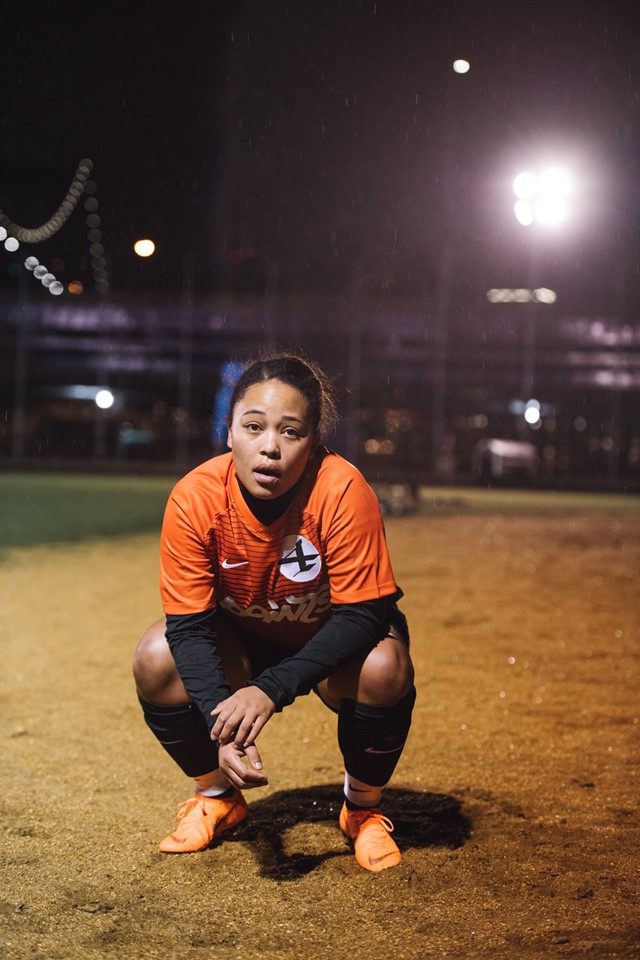 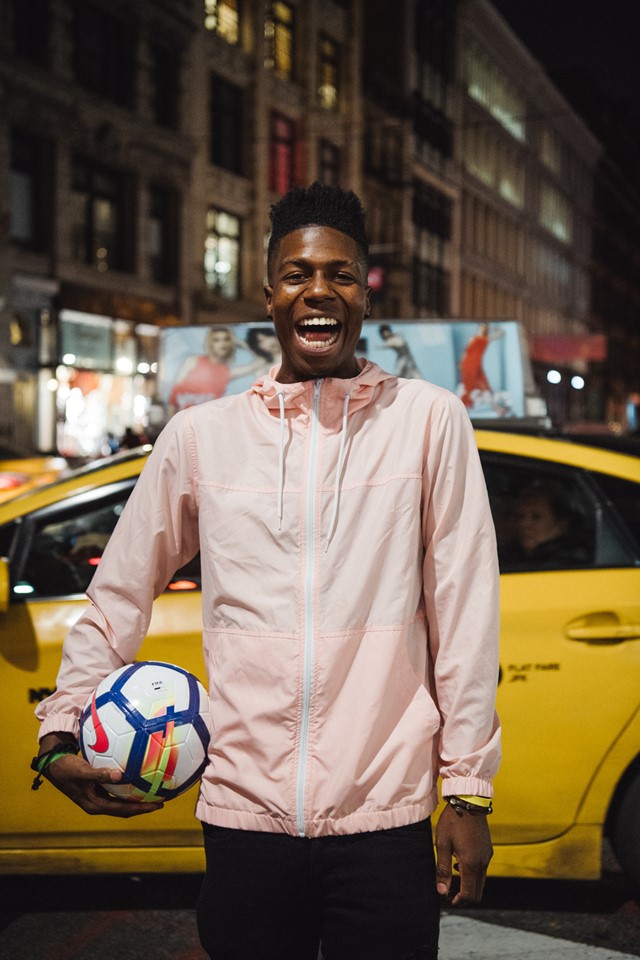 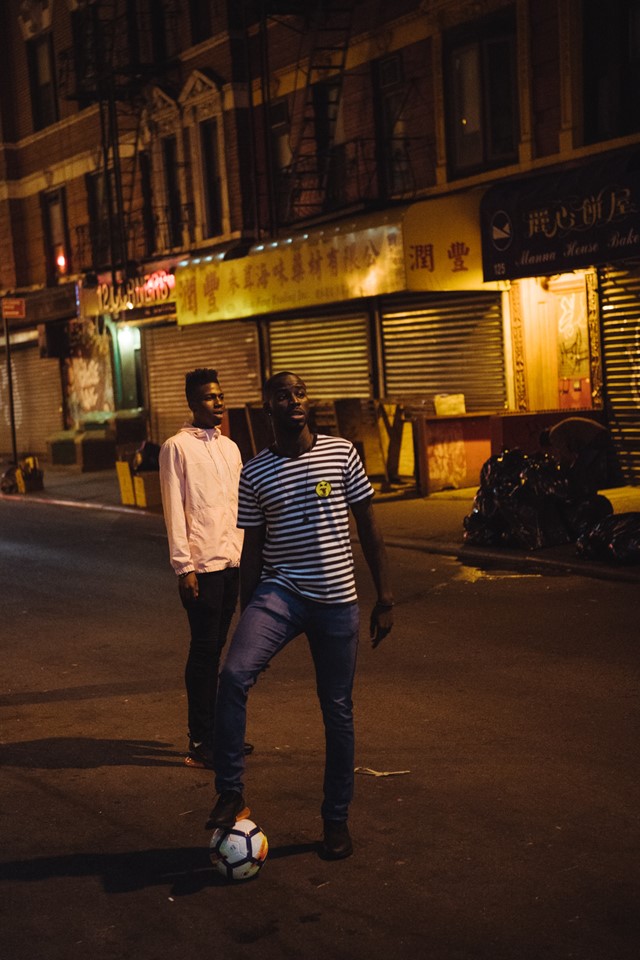 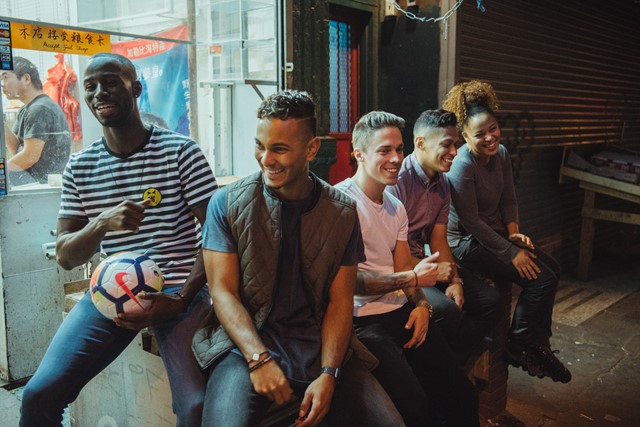 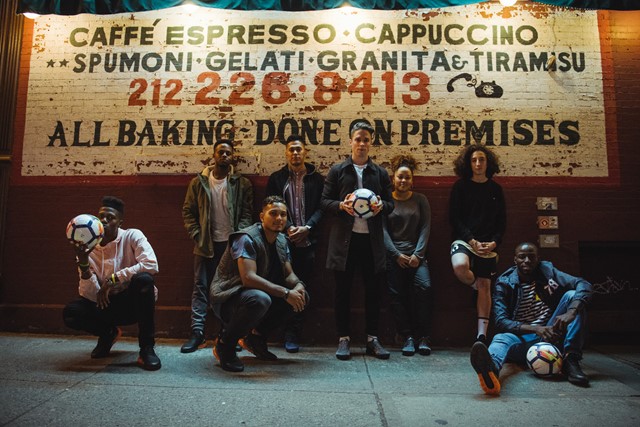