I was brought to Tracksmith by one of the co-founders of the brand, Luke Scheybeler, who was also a co-founder of Rapha (the premium cycling apparel brand) and knew me from the work that I had done in cycling. I had never shot running at the time and he brought me in to shoot the first images for the brand and help set the tone from the get-go. Tracksmith debuted in July of 2014 and I have since shot all of the imagery for the brand from that point on. This Spring, Tracksmith started making print catalogs for the first time and that was a really successful way to reach a new audience for them. This shoot was for the Fall Collection for 2017 and the catalog that accompanied that collection.

The different seasons are focused on varying elements of running – track, road races, cross country – and for this Fall shoot the focus was on the Team atmosphere of training for cross country and long mileage. We took a group of runners to a house in Concord, Massachusetts and ran daily from around the house.”

The vision for Tracksmith’s imagery has evolved a bit over the years but fundamental is routed in the same process for the shoots. It’s all about authentic imagery that feels true to what elite amateur runners love about the sport and the process around that sport. Because I’ve been involved from the beginning I can help to push those visuals forward and keep them fresh while still making sure the visual cohesion to the brand is at the core. This shoot really was one of the strongest we’ve done in capturing the vision of the brand. A lot of it comes down to creating an atmosphere with the right group of people where real moments will unfold and trusting that I’ll get what we need in the process. Rapha works similarly in trying to keep actions as spontaneous as possible though the two sports lend themselves to different imagery and rituals in the process.

We all stayed together in a house in Concord, MA over a couple of days. I have no problem shooting through different weather conditions (actually I welcome it!) and outdoors or indoors, so it’s really just about documenting what’s going on and having a good time in the process. This particular house had a lot of visual appeal and a lot of rooms that people could spread out in. Running form is tricky to shoot because there are so many unattractive moments in the stride and my goal is to make it look aspirational and so that you want to get out and run. I generally shoot this type of work with two camera bodies so that I don’t have to switch lenses out in the elements and risk getting the sensor dirty and am ready with multiple focal lengths for a snap decision.

Process has always been really important in how we approach the shoots for Tracksmith and we’ve always worked with real runners rather than fitness models. This group on this shoot are people that I have known for awhile throughout the process of shooting for Tracksmith and so they are quite comfortable with the process of being in front of the camera and know to just do their thing. I want them to be who they are and you do develop a friendship with people as you are photographing them and it’s a social process rather than a detached one. In these types of immersive shoots, you can’t help but all get to know each other and that’s been the case with a lot of the work I’ve done. I love the embedded approach, it allows me to catch all of the moments that would go unnoticed.

My favourite image was taken as the sun was going down and we were on this beautiful stretch of rolling road. Mike and Rafa had both finished their 100 mile weeks in the run we were on and Mike felt super fit and Rafa was feeling the tool of the long week. They were in such different mental places on the run and it was a special thing that had been unfolding throughout the run that was so honest and not a repeatable moment for a photoshoot. After they finished they cooled down for a bit on this stretch of road and the sun had gone down enough that there was no longer any golden light. I was basically done taking pictures and they were just going to do the cool down on their own and we pulled ahead a bit on the road. The light was just right that you could see their shilouette and I loved how it looked in the distance. I underexposed a bit in camera to make sure I got the mood right and the resulting picture has a really beautiful tone to it that captures the romantic beauty of running in a way I really like. There’s little visable interacting between the two guys in the picture and their body language feels like it’s coming from internal dialogue filtered through their body. 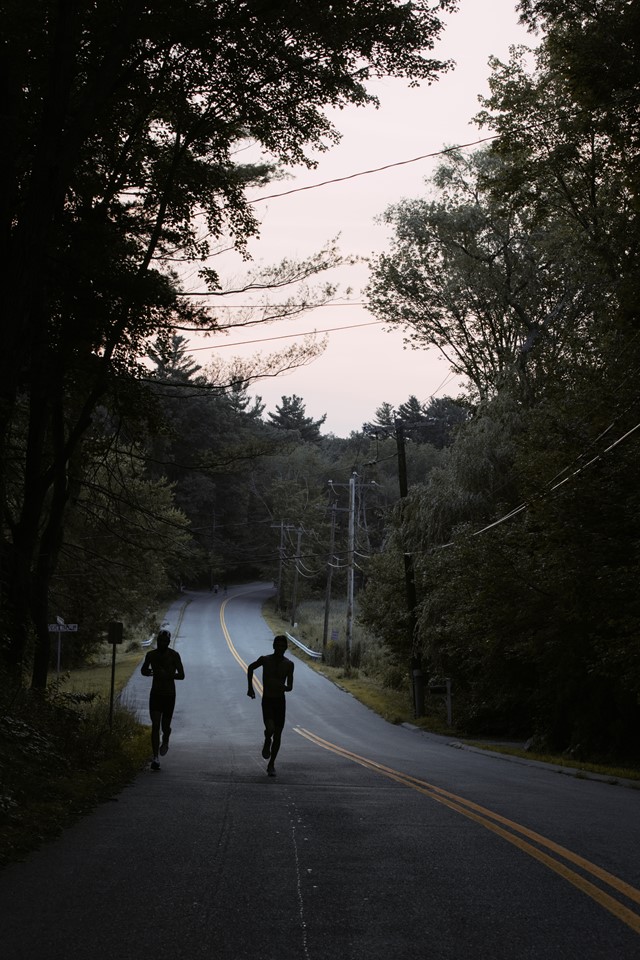 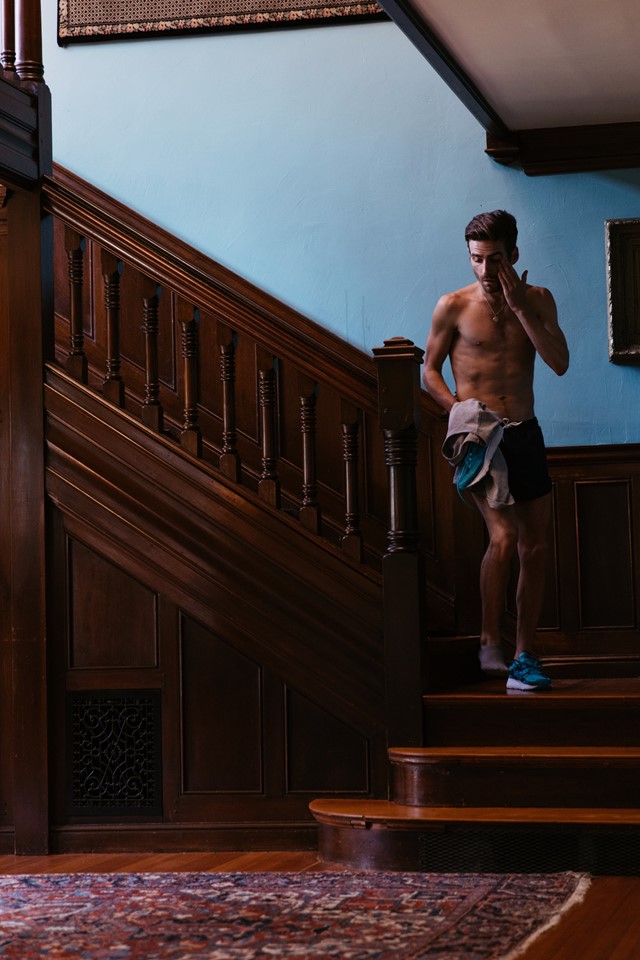 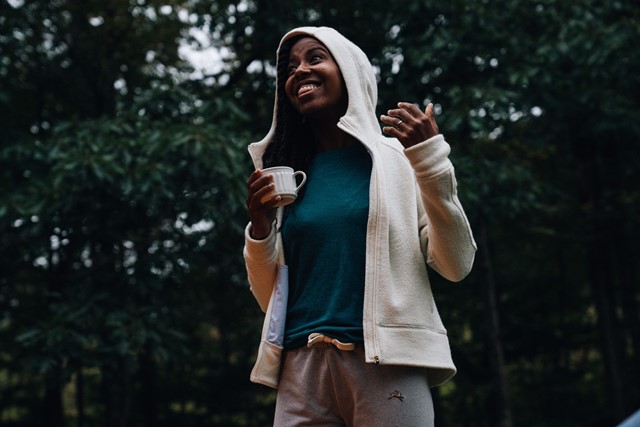 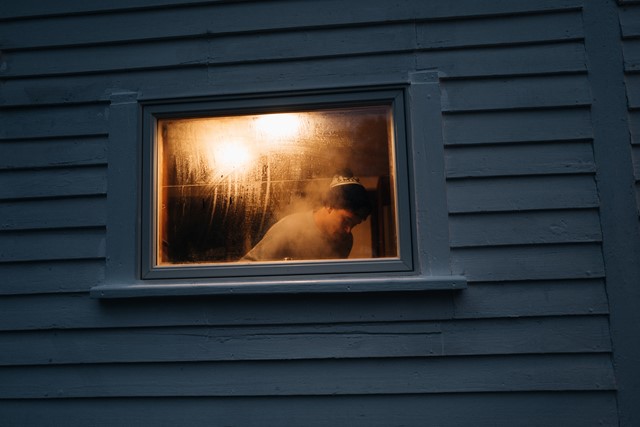 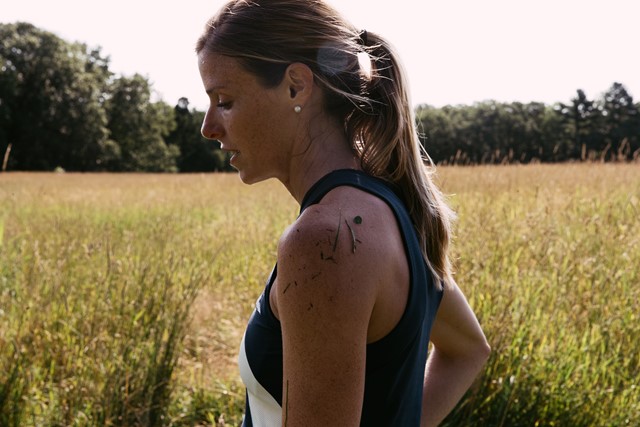 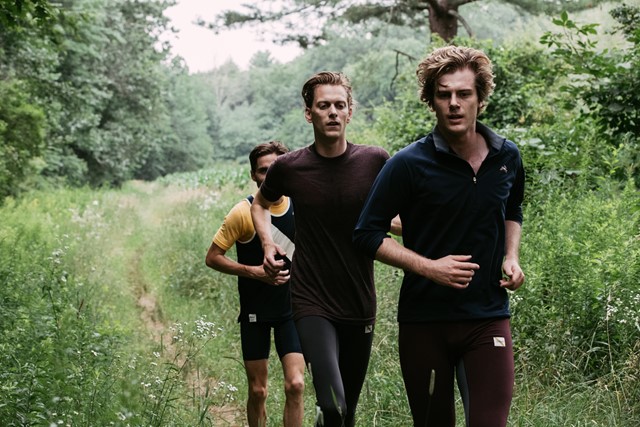 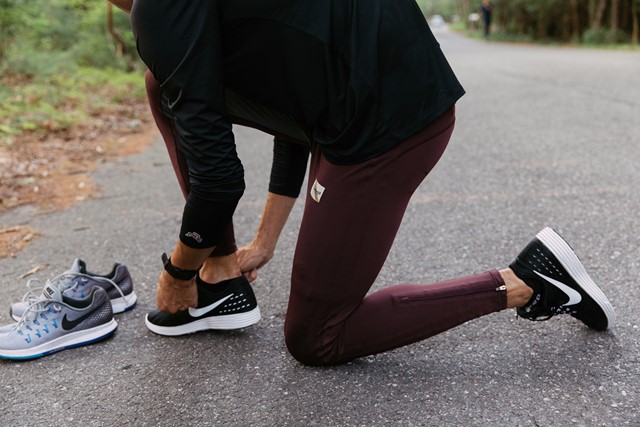 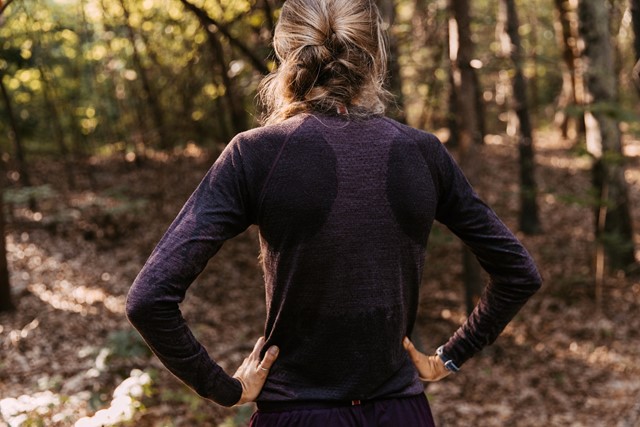