Photography in advertising and how we make it awesome

Last month we saw the release of our latest advertisement campaign with Heathrow Express.

The theme of this campaign was “Back to Work”. We needed to create two main visuals, one female version and one male version where on the left we showed a London Landmark and on the right Heathrow Terminal 2.

As an add-on (because we are nice like that) we created a library of images that consisted of a reportage shoot where we photographed the casting while taking tickets, jumping on the train, sitting on the train, playing games…etc etc etc

We also needed to cast a whole bunch of people. We held a live casting and reviewed in total around 200 models which were hand picked the same day- By the end of it we had all forgotten our own names, but alas the job was done!

With all of our blood, sweat and Carlota’s tears (DMB’s Production Manager Extraordinaire) going into it we thought we would catch up with DMB Founder & Director David Birkitt and Photographer/ Awesome Photo Capturer Finn Taylor to get the lowdown on what really goes into making a good advert, and why it’s important…

“From our side of the fence,  the aim is to produce a carefully crafted moment that exceeds the Art Director’s vision and scamp to reality. An image that can stand on its own. There is nothing more impactful than a 48 shoot billboard with a perfectly crafted still image on it, with simple, strong copy and font.

As a campaign it is so vital all images deliver a solid story with a look and feel the brand can own, incorporating reality, real moments, real people and real emotions captured in that split second when they all sync in the photographers head.”

“Creating adverts with photography is a fine balance of an amalgamation of plans and points of view. The client’s nail needs to be hit on the head, the creative from the agency conjured to life, the pressures of time, production and budget met, and the important task of blowing some of your style and vision into it too”

And Hey Presto! The Heathrow Express Advert was born!
Close 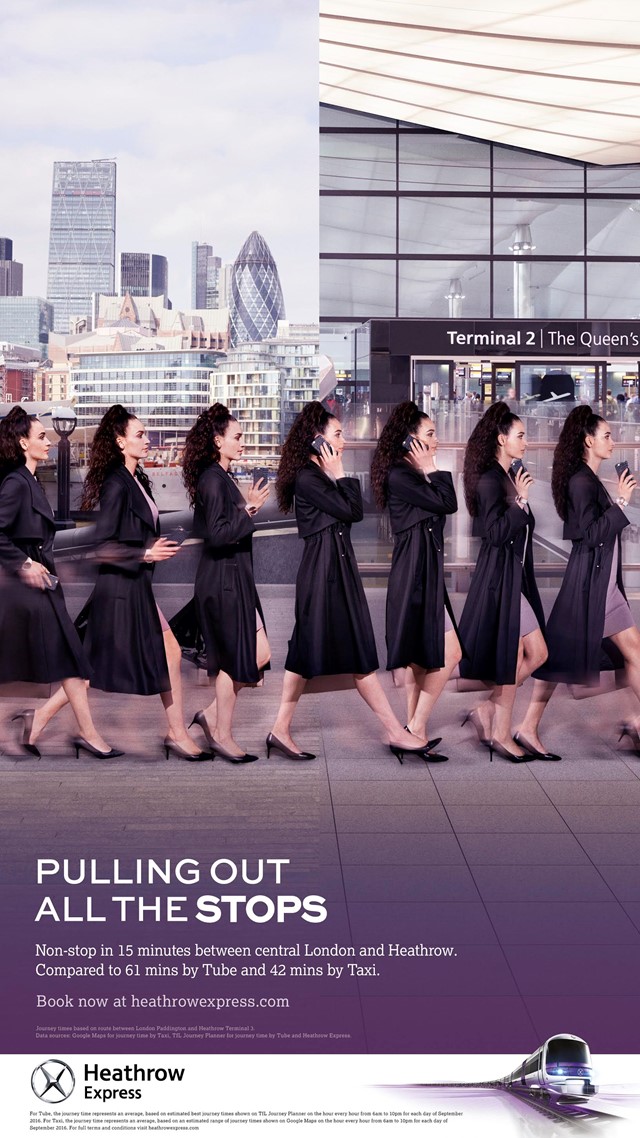 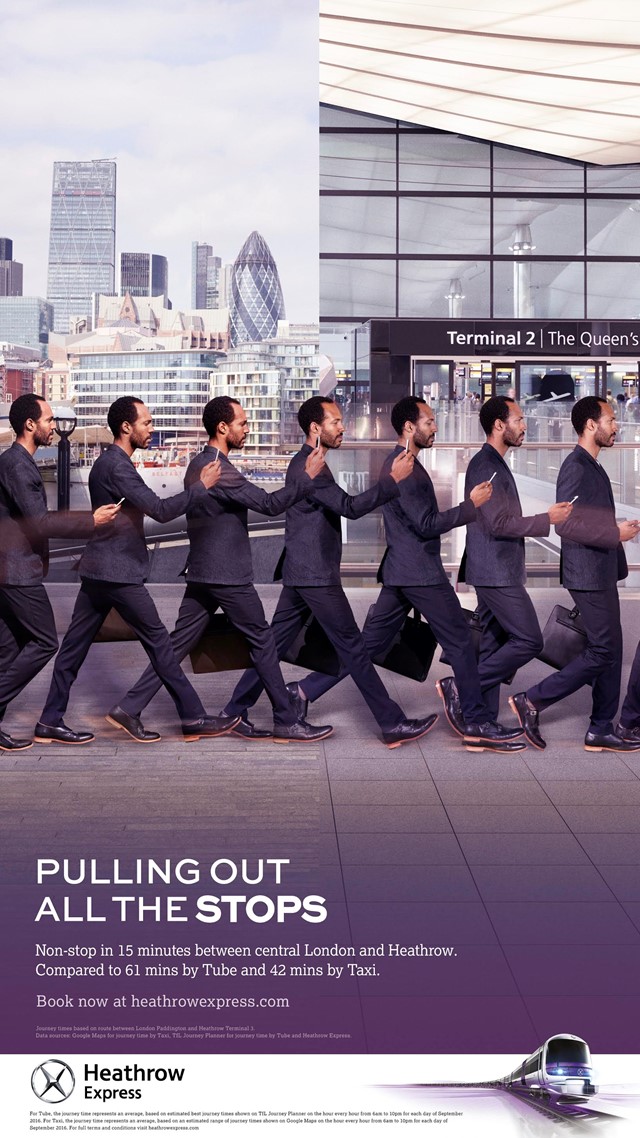