Nadia Lee Cohen has shot the latest Olivia Von Halle campaign, and it’s as surreally cinematic as you’d expect from the British photographer. Featuring a cast of mannequin-like female models draped in the brand’s high-sheen silk pyjamas, the series of images paints a picture of distorted suburbia.

“I wanted to achieve the feeling of secrecy in a suburban setting,” Nadia tells It’s Nice That. “The shoot was centred around the idea of gossip in a small town. I wanted these women to have anxious, concerned expressions and exert a general concern with what the other women might be saying about them.”

The scenes are explicitly retro, from the plastic-covered sofas, old school phones and giant wooden tv cases, to the women sunbathing with a metal reflector. Nadia says her references were Hitchcock and an iconic depiction of American Dream domestic life – Tim Burton’s Edward Scissorhands.

“The images feel very emotive, I really love this campaign,” Nadia concludes on the triumphs and trip-ups of the project. “Olivia Von Halle are a dream to work with as they allow me complete creative freedom. Perhaps the biggest challenge was persuading the girls to bleach out their eyebrows.” 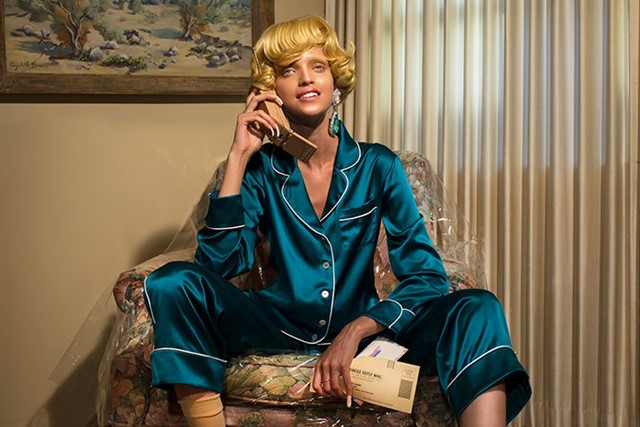 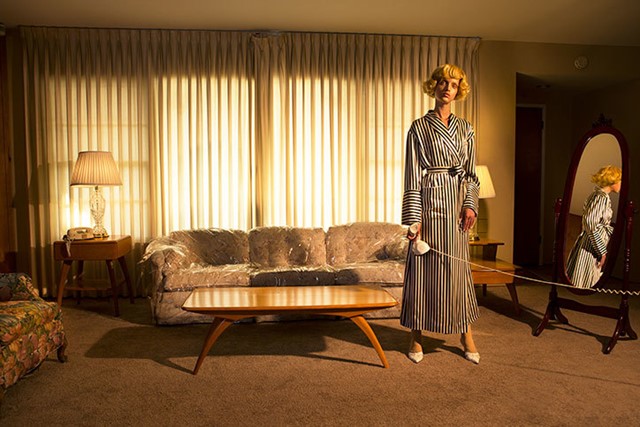 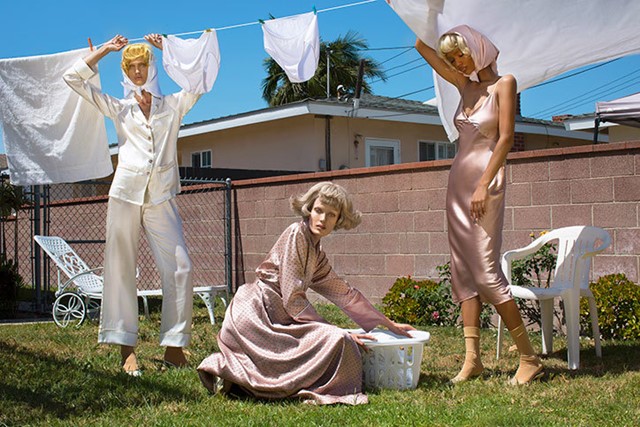 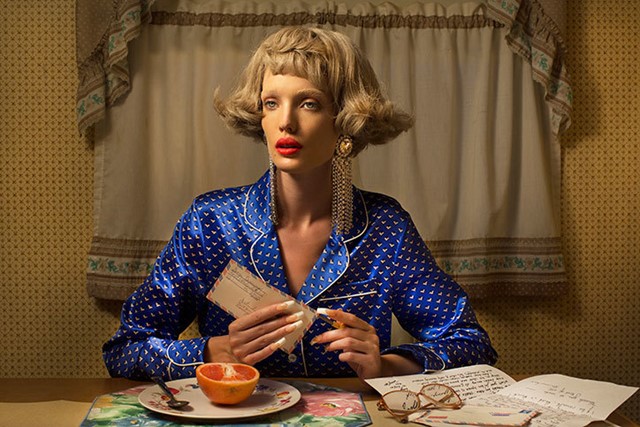 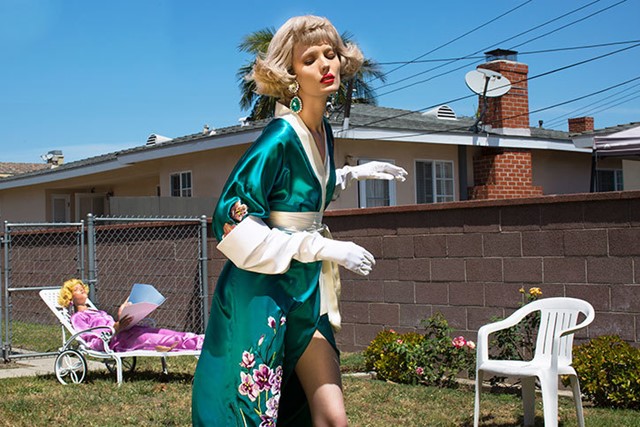 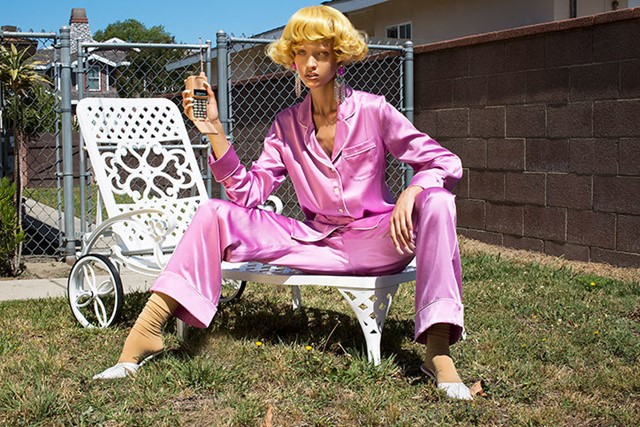 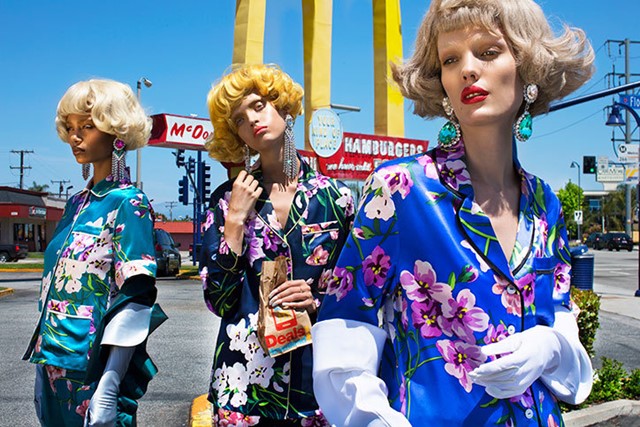