Throwing back to London Olympics 2012 in celebration of the London Marathon this weekend, we get a first hand account from Photographer Simon Roberts on what it was like to shoot such a major sporting event….

Date of images and why they were taken?

These photographs depict the Men’s Marathon event, which was held on the last day of the 2012 London Olympics. The course was specifically designed to take in some of the most important historic sites across the city, like this picturesque view of the Houses of Parliament.

Having been granted special access to photograph the Olympics by the IOC, my photographs take in not just the sporting spectacle itself, but all its surrounding social, cultural and political vistas. My perspective is somewhat oblique to the usual sports photographs we see; they explore the relationship between the public and the athletes, putting them in the context of the built environment and the wider social issues thrown up by hosting such a thoroughly modern spectacle.

Process behind capturing the day?

One of the biggest challenges covering an event like the Marathon are the logistics of moving around the course, when much of London is closed to traffic. I had to plan in advance which locations I could get to during the 3 or 4 hours that the elite athletes would be running, whilst also thinking about the iconic backdrops that were possible. I decided on the Houses of Parliament as a key image, along with a shot through the City of London near St. Paul’s and then the finishing line – all which could be reached by tube and had platforms available for accredited photographers. The trick is being able to get a good position, and is one of the reasons I always seek out an elevated perspective where possible. Failing that, I carry a small ladder!

Something we don’t know just from looking?

I was particularly interested in recording the 2012 Games because they were held on the fifth anniversary of the credit crunch, against the backdrop of economic uncertainties, Eurozone turmoil and predictions of a long, slow financial recovery. In many ways, therefore, it was a period reminiscent of the last Olympics held in London, in 1948, which became known as the austerity games. London 2012, it was widely claimed, presented an opportunity for the British public, and indeed much of the rest of the world, to momentarily forget the economic gloom that surrounded us. In the end, Britain staged a showcase of extraordinary human endeavour, delivering one of the largest post-war public works projects. I think these photographs capture some of the buoyant national mood that was on show in London at the time.

Camera used and why?

This was actually the first major series that I’d shot digitally. Prior to this I’d always used a large-format 4×5 film camera. However, the IOC stipulated that no tripods were allowed to be used on any Olympic site, which meant I couldn’t use a 4×5 camera. Instead, the series was shot on a PhaseOne digital camera. 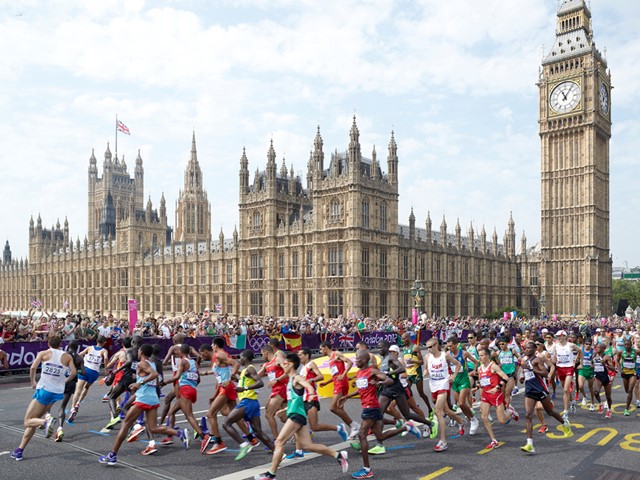 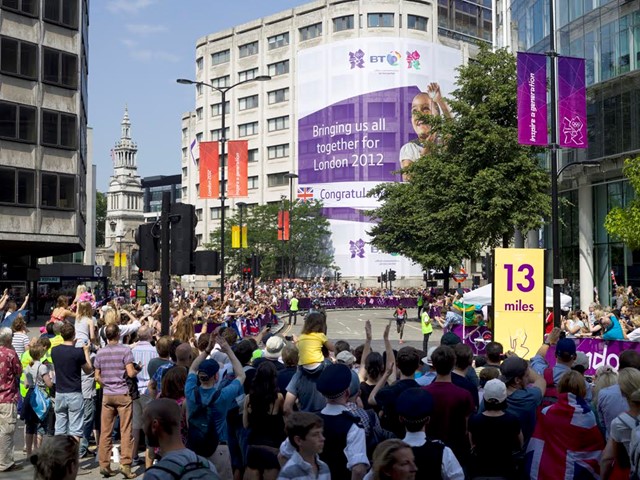 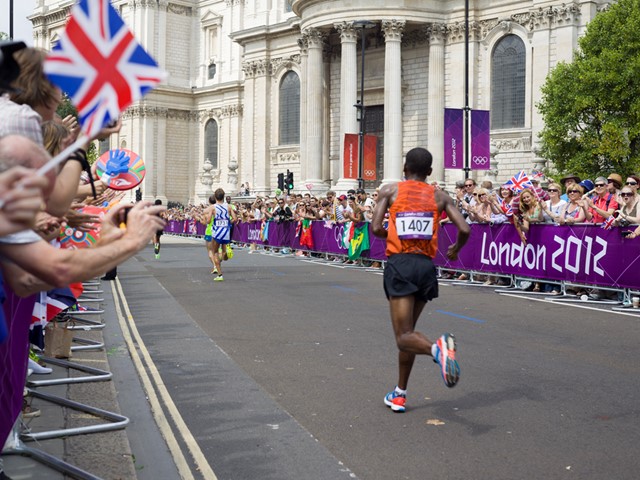